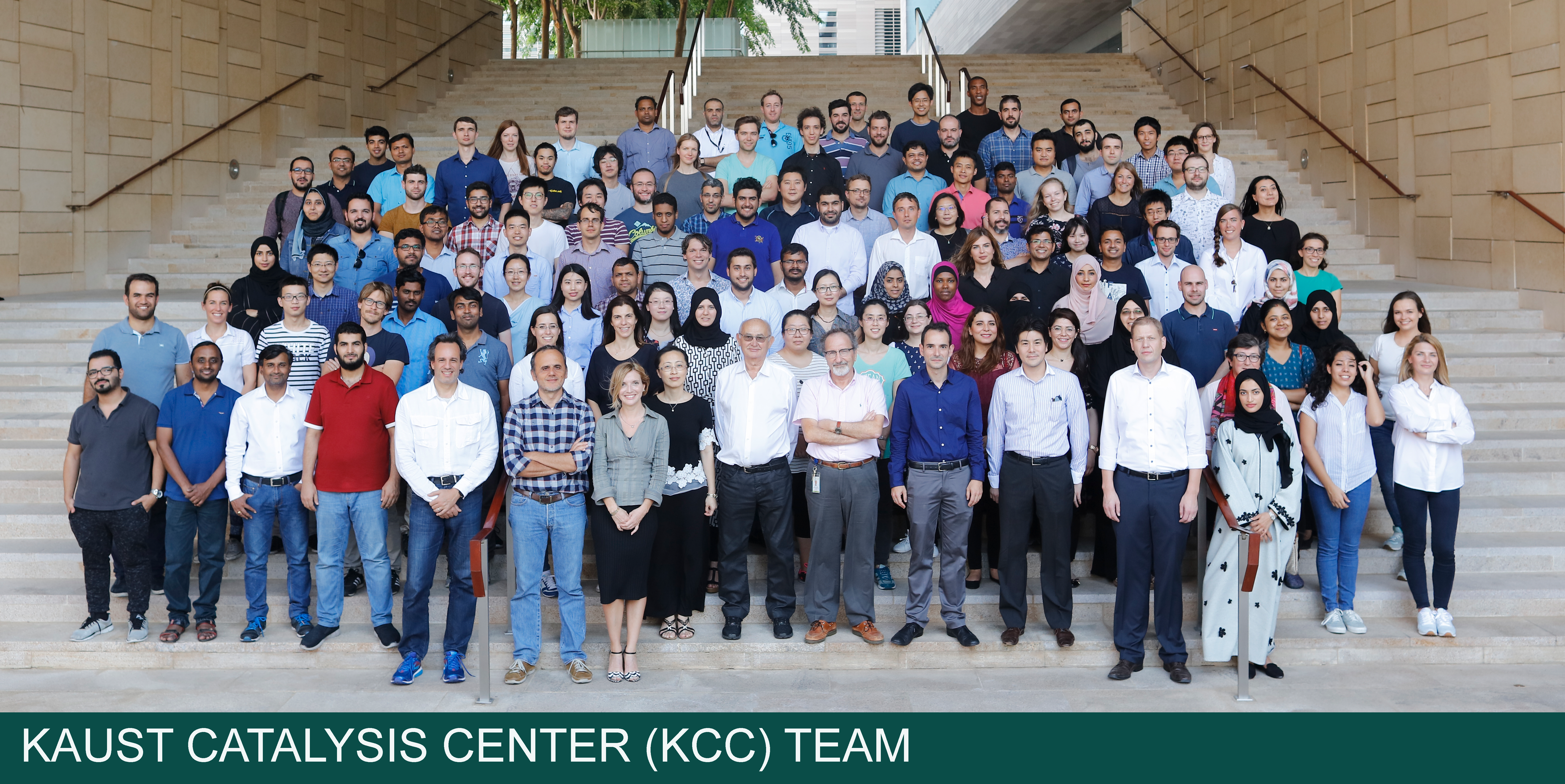 The KAUST Catalysis Center (KCC) was established as a world-leading hub to develop a multi-disciplinary approach to catalysis and to address scientific challenges of the 21st century. Today, catalytic processes impact on the industrial, agricultural and consumer sectors; catalysts are fundamental for a broad range of devices, including sensors, fuel cells, exhaust gas converters and water purifiers. Development of new catalytic processes across the chemical, petroleum and new energy industries will increase energy efficiency and reduce waste and the overall environmental footprint.

Being at the heart of many applications, catalysis research is a highly interdisciplinary field requiring a holistic approach, including the development of new active sites and reactivity concepts, and new methods of applying these catalysts. To meet these challenges, KCC is structured to host and encourage interactions between scientists specializing in catalysis and associated fields.

Solutions for the 21st Century

Driven by economic and population growth, the world's demand for energy and resources will continue to increase throughout this century. Meeting these demands will require both the development of new energy resources—especially carbon-free ones—and the efficient and environmentally responsible use of fossil fuels. In this context, catalysis is a critical enabling science to meet our future energy demands while preserving our environment. Catalysis is the number one technology for transforming raw materials into feedstock, whether for the chemical, petroleum or the emerging energy industries. Catalysis is also imperative for the synthesis of bio-active molecules for the pharmaceutical and fine chemistry industries.

Development of new catalytic processes across the chemical, pharmaceutical, petroleum and new energy industries will increase both availability and efficient use of resources and energy, resulting in the reduction of waste and the overall environmental footprint.

KCC focuses on developing new catalysts, new catalytic reactions and new catalytic technologies that are crucial for meeting the challenges of the 21st century's societies.

The strength of the KAUST Catalysis Center is its unique combination of scientific expertise accumulated under one roof—namely homogeneous, heterogeneous, photo- and electro-catalysis, together with inorganic, organic, organometallic, polymer and theoretical chemists, reaction engineers and spectroscopists. Researchers at KCC have in-house access to a large range of techniques for the characterization of catalysts and catalytic processes at the atomic and molecular level, including liquid and solid-state NMR, in situ and in operando IR, Raman, X-ray spectroscopy, electron and atomic force microscopy XPS, and EXAFS.

A network of strong partners

The center has established close relationships with several leading universities, institutes and industrial partners around the world. Students and postdoctoral fellows can visit any of these partner laboratories to address specific research problems or start collaborations. This is an important KCC policy that should be replicated throughout the catalysis community.