Additive boosts through a twist in the tail

Additive boosts through a twist in the tail

Unconventional perovskites with an inverted structure see a leap in efficiency and longevity with an amine-based additive.

In the lab, metal halide perovskite solar cells have jumped from power conversion efficiencies of 3.8 percent to 25.2 percent in just a decade. “Conventional perovskite solar cells, with their component layers arranged in an ‘n-i-p’ structure, offer the highest efficiencies,” says Osman Bakr from the KAUST Catalysis Center, who led the research. However, these devices require ionic dopants, which are unstable and shorten the solar panel’s lifetime.

Now Bakr and colleagues, in collaboration with researchers from the University of Toronto in Canada, have significantly improved inverted perovskite cell efficiency. By adding long-chain alkylamine ligands (AALs) into the mixture during perovskite production, the team created an inverted perovskite solar cell with enhanced stability and with a record-certified efficiency of  22.3 percent. “Just a trace amount of alkylamine was enough to improve the structural and optoelectronic properties of the perovskite in multiple ways,” Zheng says. 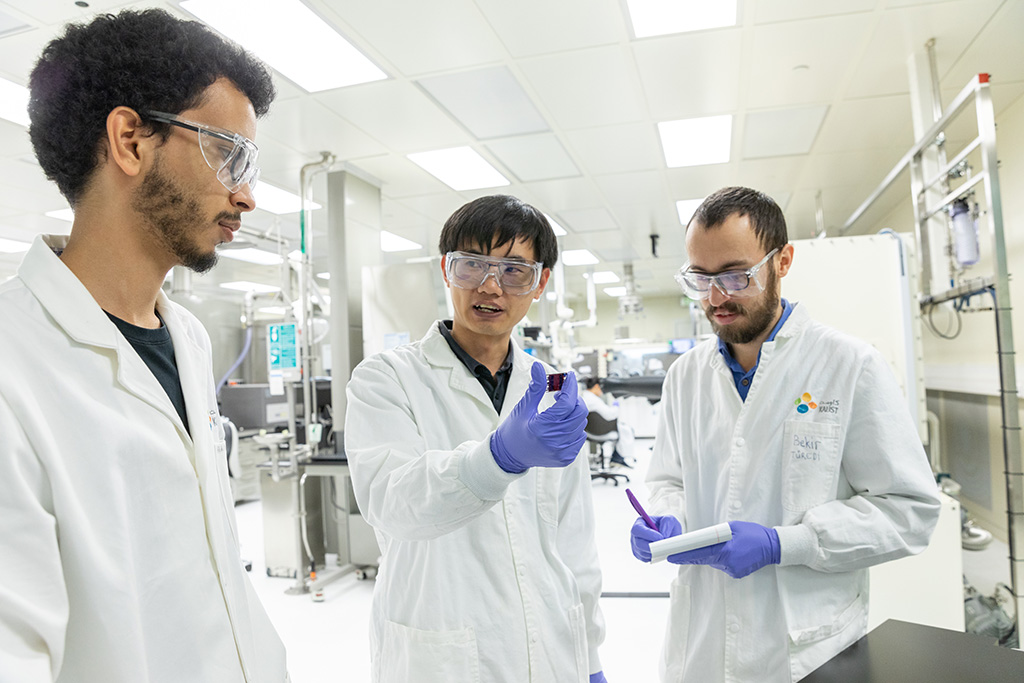 “In the next stage of our research, we will scale up the production of perovskite cells to achieve a high-performance and market-ready product,” Zheng says. “Developing a scalable method for creating large-area, high-quality perovskite films on different surfaces, including flexible substrates and silicon wafers, will overcome the key remaining hurdle to commercialization,” he says. 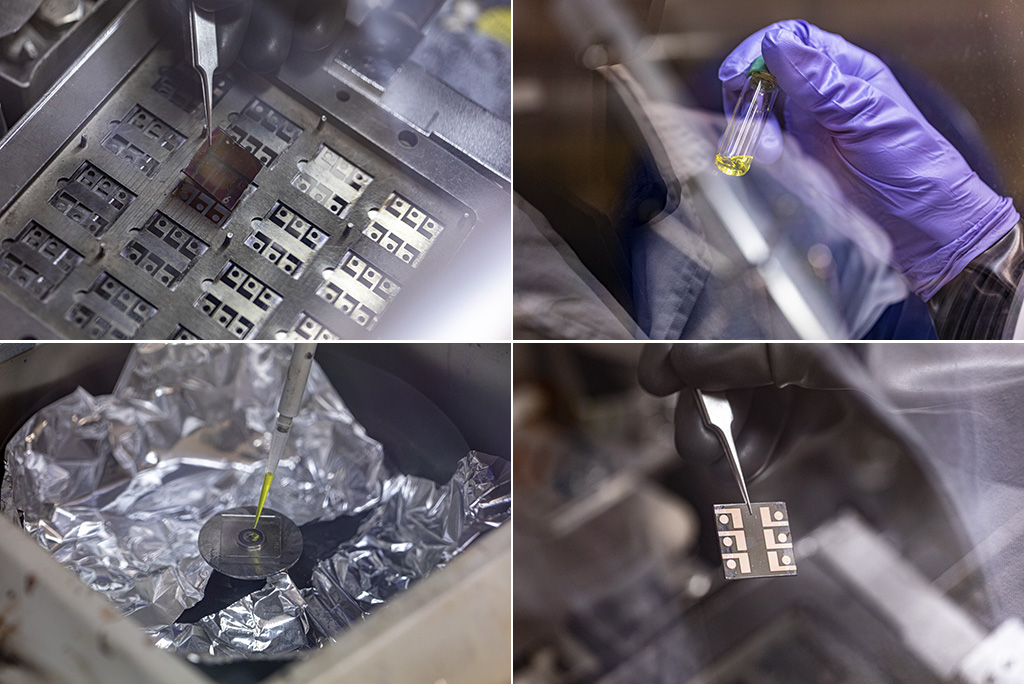