Many chemical processes depend on catalysts to facilitate reactions that would otherwise proceed very slowly, or not at all. An innovative procedure for visually representing the structure of catalysts via computer-assisted design, developed at KAUST, is helping researchers build better catalysts.

The software generates topographic steric maps and has been developed by Luigi Cavallo’s research group at the KAUST Catalysis Research Center. The source code required is now freely available online

Scientists from 65 countries have already used the interfaced web application, reports postdoctoral fellow Laura Falivene, and they often call on the KAUST researchers for more information. The team has now published a perspective article explaining in detail the creation and use of the topographic steric maps.

“The power of visualization is of great value in chemistry where much time is spent imagining things that we cannot see,” Falivene says.

Each map uses color-coding to convey the three-dimensional geometry of the chemical groups forming the functional heart of a catalyst, known as the catalytic pocket (see images). The data to build a map can come from several techniques, such as x-ray crystallography and quantum mechanics calculations, which indicate the identity and position of each atom in the catalytic pocket. 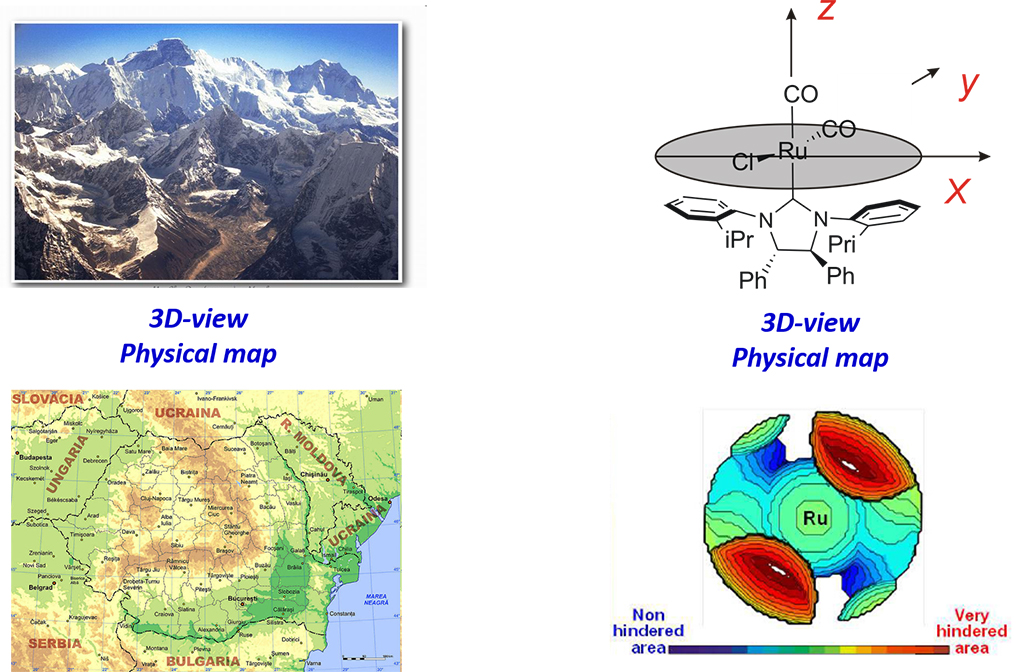 This helps researchers better understand how known catalysts function, while also guiding exploration of chemical modifications that could adjust the structures to make better catalysts.

“We are building an important bridge between the experimental and computational approaches,” Falivene explains. She adds that the growing popularity of the topographic steric maps helps other chemists to appreciate the significance of the work done by theoretical chemists like herself.

“Using the maps explains the importance of combining experimental and theoretical approaches better than my words have been able to do,” she observes. “They can be used with any class of catalysts, from reactivity promoted by simple organic molecules, to that promoted by transition metal complexes, and large metalloenzymes, where a metal is hosted inside a protein.” Metalloenzymes catalyze some of the most crucial reactions of life.

Work at KAUST continues to enhance the method including developing machine learning approaches to rapidly screen the potential of possible new catalysts.

“This perspective article is important because it officially states the validity and value of the topic,” says Falivene. She describes it as a new starting point that brings together the early, less formal achievements to promote wider use and further development of the maps.