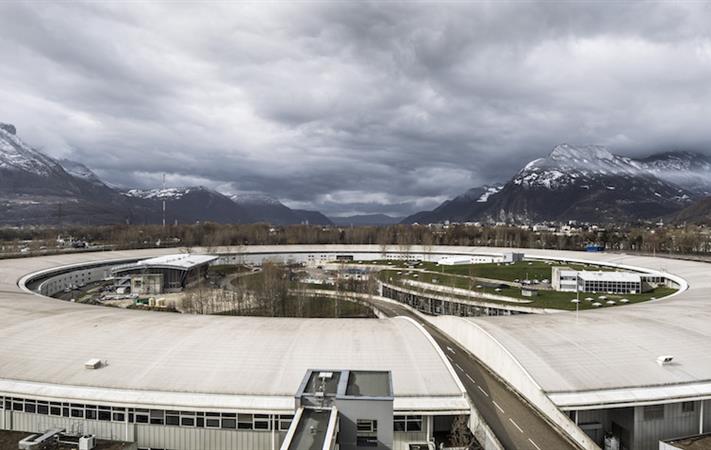 Ould-Chikh began his research career in France, where he first focused on structural materials, problems of corrosion and shaping steel and ceramics to be as mechanically strong as possible. His profile interested the French Petroleum and New Energy Institute (Institut Français du Pétrole et des Energies Nouvelles) at a time when its ceramic catalyst supports were encountering mechanical resistance challenges.

"It was through this path that I entered the world of catalysis and functional materials, and my skills in structural materials have been used to make catalysts that are resistant in large industrial reactors," he explained. "At the same time, while working at the Institute, I became increasingly aware of energy-related issues and therefore chose to work on renewable energy, specializing in the conversion of solar energy into chemical energy through photocatalysis." 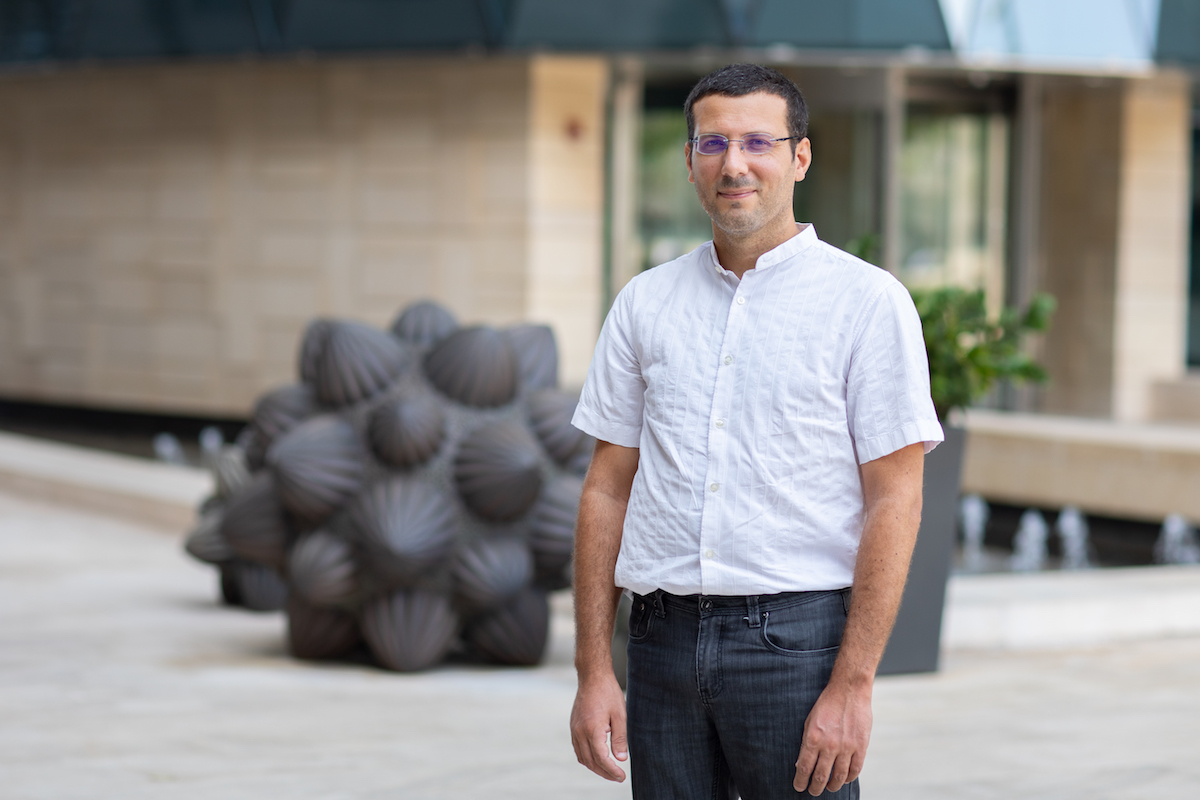 A journey to KAUST

Ould-Chikh's focus on renewable energy and photocatalysis led him to KAUST. In 2009, he worked as part of a project with KAUST and the photocatalysis department of the French laboratory IRCE, located in Lyon. He then moved to Saudi Arabia in 2010 for the inauguration of the University's KCC.

For his first postdoctoral study at the University, he needed to master X-ray absorption spectroscopy to complete photocatalysis work, becoming the "de facto X-ray 'expert' of the emerging KCC," he said.

Ould-Chikh is now working with other colleagues in collaboration with the Néel Institute-CNRS (the French National Center for Scientific Research) at the European Synchrotron Radiation Facility (ESRF) in Grenoble, France, home to the most powerful high energy synchrotron light source in Europe. The facility⁠—which is currently celebrating 25 years of work—operates around the clock, producing intense X-rays capable of penetrating material and revealing the inner structure of matter down to the level of atoms and molecules.

The KAUST/Néel Institute-CNRS project currently underway focuses on the core of KCC's research activity: synthesizing catalysts and finding the relationships between atomic structure and catalytic performance.

Ould-Chikh noted that despite the best efforts of researchers, it's often only possible to access a partial view of an atomic structure. Therefore, it's necessary to use more advanced techniques only available at the synchrotron.

"Researchers generally go to the ESRF to conduct X-ray scattering or absorption/emission experiments," he said. "As part of our collaboration, we wanted to go further and develop the tools to study our catalysts in the process of carrying out a chemical reaction. Indeed, our materials can completely restructure when they are brought into contact with reagents and/or heated to high temperature, as compared to the initial structure obtained after synthesis.

"X-rays produced at the synchrotron are absolutely essential because they can cross a catalytic bed bathed in a reactive atmosphere and probe the active site of a catalyst—if possible without disturbing it." 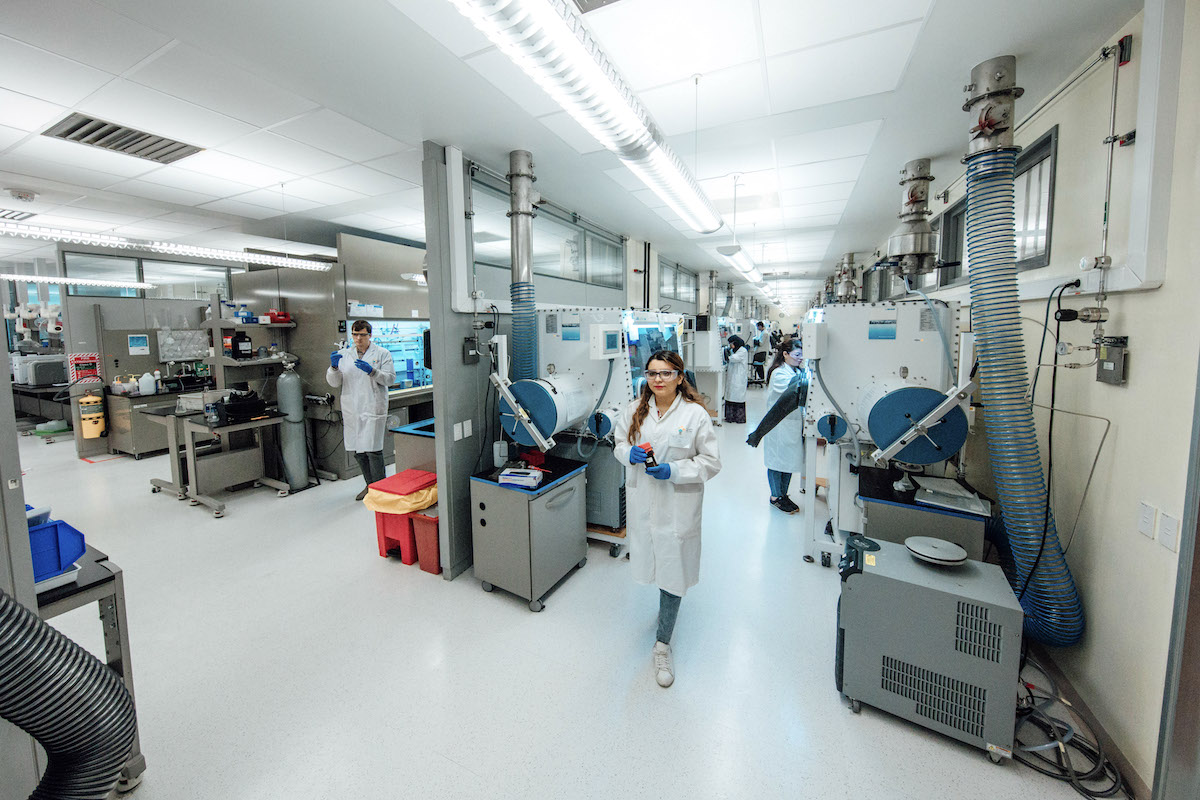 About 15 studies have so far been published as a result of the project and, in 2018, one research result was selected for the ESRF Highlights annual publication, a significant recognition of the success of the KAUST/Néel-CNRS partnership. The work that began as a project in 2014 has now become a permanent collaboration and has grown to include important new themes such as CO2 valorization.

"For this work, it will be necessary to create a new reactor at the synchrotron [that is] able to reach the high pressures and temperatures needed," Ould-Chikh explained. "This new project is ongoing and the design of the new cell should be completed in 2019. We hope to be able to conduct our first high pressure studies between September 2019 and March 2020. Ammonia synthesis, and perhaps later the Fisher-Tropsch process, are also being considered, both of which are industrial reactions conducted at high pressure."

Many of the techniques have been applied to industrial projects for partners such as the Saudi Basic Industries Corporation for dry methane reforming and other more traditional applications, such as propane dehydrogenation. Ultimately, the characterization techniques can be applied to many systems under various reaction conditions, which is why they are so powerful.

Ould-Chikh fondly recalled his first impression working at the synchrotron in Grenoble, as it is such an impressive facility.

"The first time one sees all the beamlines in the main hall, it's quite intimidating," he said. "The size of the machine is massive. But after being so impressed, it's down to [getting to] work and you have to quickly get to the heart of why you are there. The available beam time is clocked and it still generates a little stress even if we have prepared all the experiments well in advance. [We ask:] 'Will the manipulation work? Are we going to collect the information we came here for?'

"Today, after five years of experience, it has become more natural [working there,] but I do find it amusing and endearing to see the reaction of the students who accompany me and discover the synchrotron for the first time. They are impressed in the same way that I was at first!"

"The particularity of my work requires a lot of expertise and time," Ould-Chikh continued. "It is typically the work of a specialist. What interests me is to develop as much as possible. There is so much to learn with the new characterization techniques using X-rays, namely HERFD-XANES, XES [and] RIXS. And the ESRF—a research environment with high-level scientists—is extremely motivating. We want to produce beautiful science."