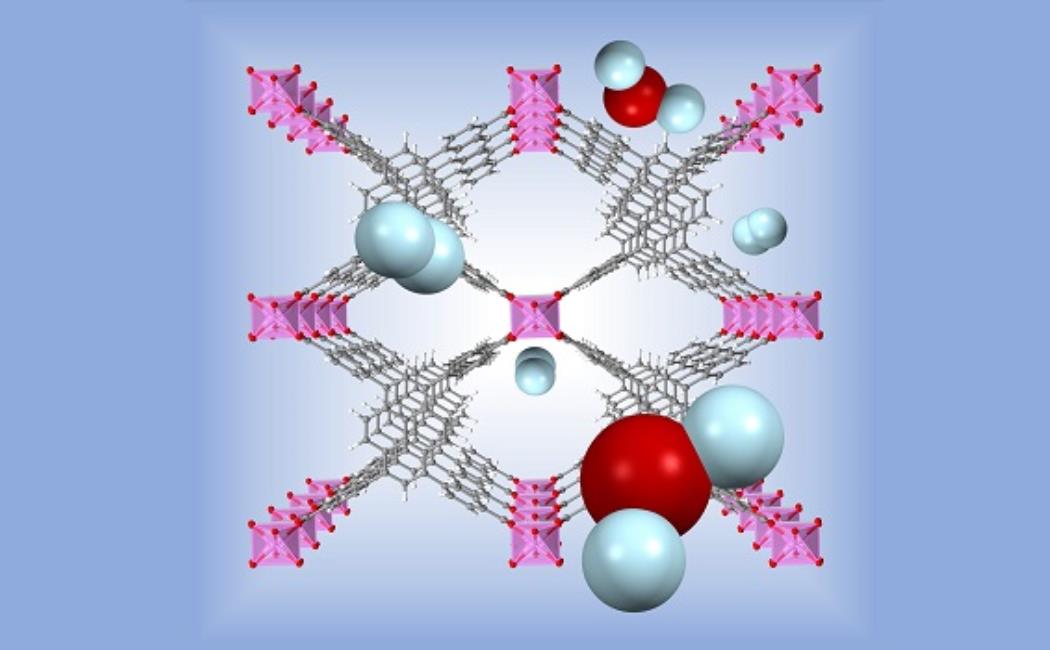 "Using solar energy to efficiently make green fuels is the ultimate goal for many catalysis researchers," says Jorge Gascon, director of the KAUST Catalysis Center, who led the research. However, it remains challenging to find efficient, long-lived, low-cost water-splitting photocatalysts.

In Gascon’s team, the aim is to use MOFs to find sustainable photocatalytic water splitting materials. “We work with MOFs because they are like a LEGO construction toy—you have different parts with which you can play and vary to get desired properties,” says Nikita Kolobov, a member of Gascon’s team.

MOFs consist of metal ions connected by carbon-based organic linkers in a highly regular and repeating two- or three-dimensional array. By varying the metal and the organic component, a diverse family of materials can be made. "This modularity makes MOFs an excellent platform for developing a fundamental understanding of photocatalytic processes," Gascon says. “We can evaluate new concepts in photocatalysis that may be difficult or impossible to develop and evaluate using other classes of materials.”

For their latest work, Gascon, Kolobov, Amandine Cadiau and their colleagues created a MOF that used titanium metal ions with H4TBAPy, an organic linker known to absorb energy from a broad spectrum of sunlight. By combining H4TBAPy with titanium, the team aimed to create a material that could efficiently put that energy to use. 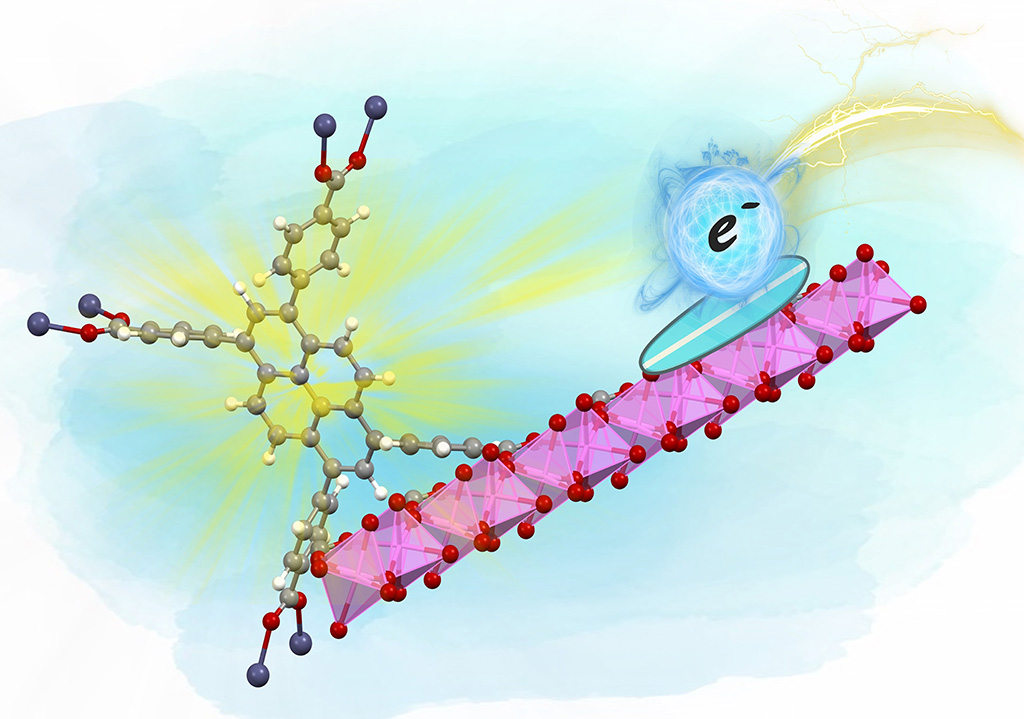 The titanium in the light-activated MOF had the ideal energy levels for the hydrogen production part of photocatalytic water splitting, the team showed. “The organic part of the MOF acted as an antenna that collected light and transmitted that energy to the metal node, which activated it to perform catalytic transformations,” Kolobov says.

"Although the new MOF’s hydrogen evolution reaction activity was modest compared to some inorganic semiconductors, its performance is already among the best titanium-based MOF materials," Kolobov says. “MOFs are still in their infancy when it comes to photocatalytic applications,” he adds. “We believe the modular approach toward their construction offers unlimited possibilities for performance improvement, and we are taking the first steps in this direction.”

“Every step to better understand how catalysts work under light illumination is important,” Gascon says. “Our main objective at this moment is to come up with new MOF structures able to efficiently perform overall water splitting.”