Looking closely at the chemical process that transforms methane into useful products could help unveil more efficient ways to use natural gas.

Demand continues for plastics and solvents made from petrochemicals, which are mainly produced by refining oil despite diminishing global oil reserves, driving forward the search for new ways to produce the chemicals we need. 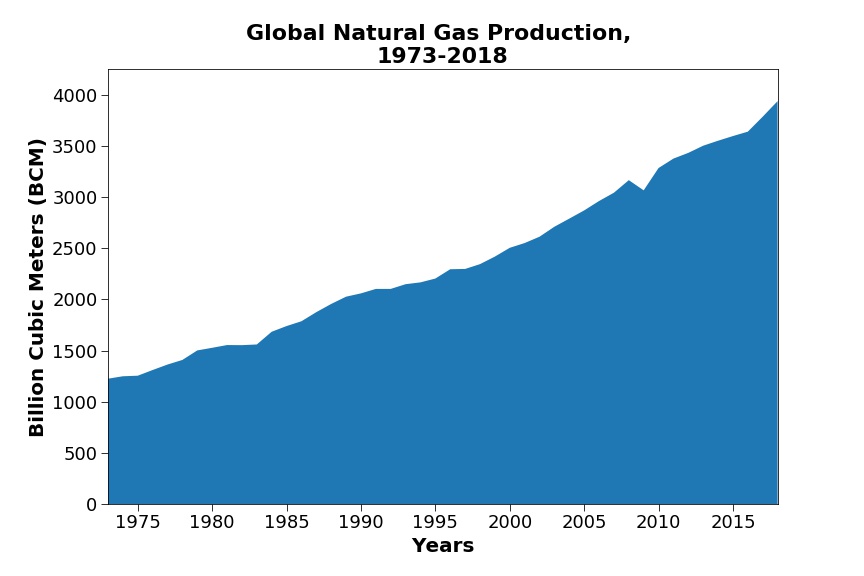 Methane is the main component of natural gas and a promising raw material for the production of industrial chemicals. However, turning methane into commercial products currently requires multiple, energy-intensive stages. “Finding a more energy efficient direct method would be a real advantage,” says Mustafa Çağlayan, a Ph.D. student working under the supervision of Jorge Gascon, “but a one-step conversion of methane into valuable products is still a great challenge.”

The process, methane dehydroaromatization (MDA), requires a catalyst to speed up the reaction, and chemists are searching for the best metal-mineral combination for this vital role. “Understanding the reaction mechanism is crucial for the improvement of a given process,” says Çağlayan.

However, MDA has proven difficult to observe in action. Drawing on their experience with nuclear magnetic resonance (NMR), a technique for visualizing the structure of molecules, Gascon’s team studied what happens in the early stages of the reaction using a molybdenum-zeolite catalyst.

The researchers observed the first organic molecules formed by carbon-carbon bonding in the first stages of the reaction. Among these was acetylene, a colorless gas that is widely used as a fuel and chemical building block. “Finding the right NMR parameters to visualize what we were after was challenging,” says co-author Abhishek Dutta Chowdhury, “but we confirmed the existence of some intermediate species that have been hypothesized for a long time.”

They also identified two of potentially several activation pathways for carbon-hydrogen bonding that lead to the formation of useful hydrocarbons, such as benzene, a building block of plastics, lubricants, resins and rubber.

“We have found a way to take snapshots at the molecular level of a chemical reaction that occurs under very harsh conditions,” says Çağlayan. Such insights could help enable more efficient methane conversion, with many potential benefits. For example, natural gas is voluminous and therefore very expensive to transport. “It would be great if we could convert natural gas into condensed hydrocarbons on the extraction site before transporting it,” adds Çağlayan.

One-step methane conversion still has obstacles. “We are working to prevent the catalyst from becoming deactivated too quickly,” says Gascon. “This study is one more small step toward making more industrial use of natural gas.”