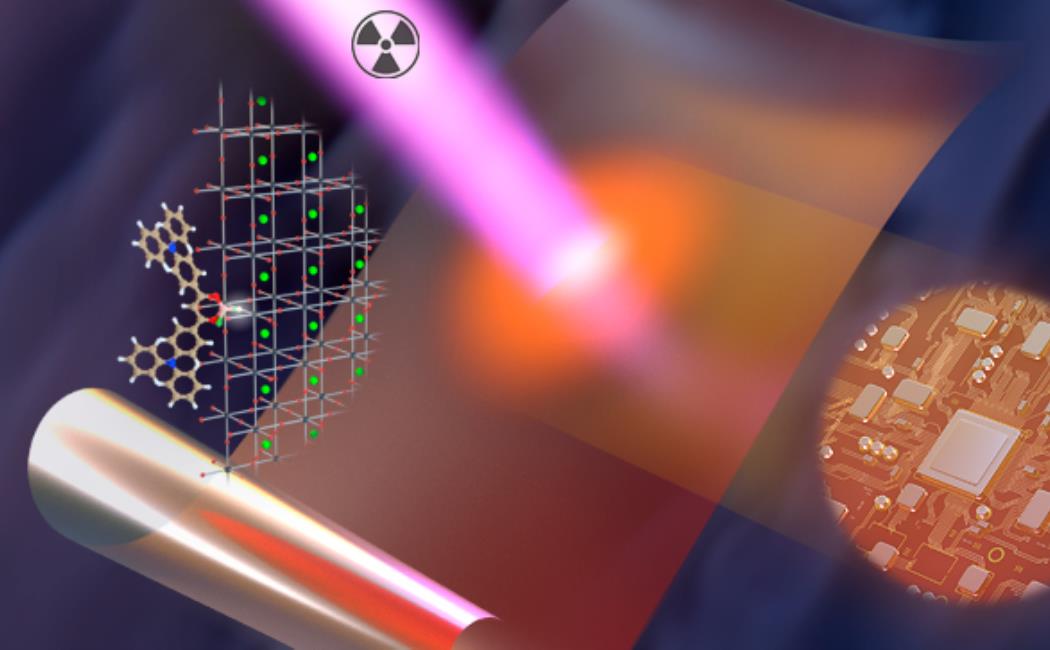 A nanocomposite that absorbs X-rays and then, with nearly perfect efficiency, re-emits the captured energy as light, could help to improve high-resolution medical imaging and security screening. The material’s near-100 percent energy transfer could bring efficiency gains in devices ranging from light-emitting diodes (LEDs) and X-ray imaging scintillators, all the way to solar cells.

During a medical imaging procedure, X-rays passing through the body are absorbed by a scintillator material, which converts X-rays into light for a digital camera type sensor to capture. “To date, high-performance scintillators consist mainly of either ceramic that needs harsh and costly preparation conditions, or perovskite materials that have poor air and light stability and high toxicity,” says Jian-Xin Wang, a postdoc in Omar Mohammed's lab who led the work.

Organic scintillator materials, in contrast, have good processability and stability but low imaging resolution and detection sensitivity due to the low atomic weight — and so limited X-ray absorption — of their component atoms.

Mohammed and his colleagues have now improved the X-ray capture of organic scintillators by combining them with a metal-organic framework (MOF), Zr-fcu-BADC-MOF, which incorporates high atomic weight zirconium within highly ordered structures.

When the MOF layer of the nanocomposite was struck by X-rays, excitons — excited pairs of negatively charged electrons and positively charged holes — were generated. These energy carriers readily transferred from the MOF to the organic TADF chromophore, aided by the ultrashort distance between them, and the energy was emitted as light.

Due to its near-100% efficient transfer of energy from X-rays into light, the nanocomposite scintillator reached imaging resolution down to a few hundred micrometers, and a detection limit 22 times lower than typical X-ray medical imaging doses, Wang adds.

The concept was confirmed when the team employed a closely related strategy, showing that the TADF chromophore could also be combined with perovskites nanosheets to produce nanocomposites with excellent X-ray imaging scintillator performance2. Again, efficient energy transfer enabled by the ultrashort distance between layers, and the TADF chromophore’s direct use of both singlet and triplet excited states, were key. In this case, the detection limit of the material was enhanced even more, reaching 142 times lower than a typical X-ray medical imaging dose.

“Our energy transfer strategy promotes organic X-ray imaging scintillators from an almost-dead research field into one of the most exciting applications for radiology and security screening. It also applies to other light-conversion applications including light-emitting diodes and solar cells,” Mohammed says. “We are planning to further improve the performance of our large-scale X-ray imaging scintillators before we take it to the market.”