One pot wonder for polymer diversity 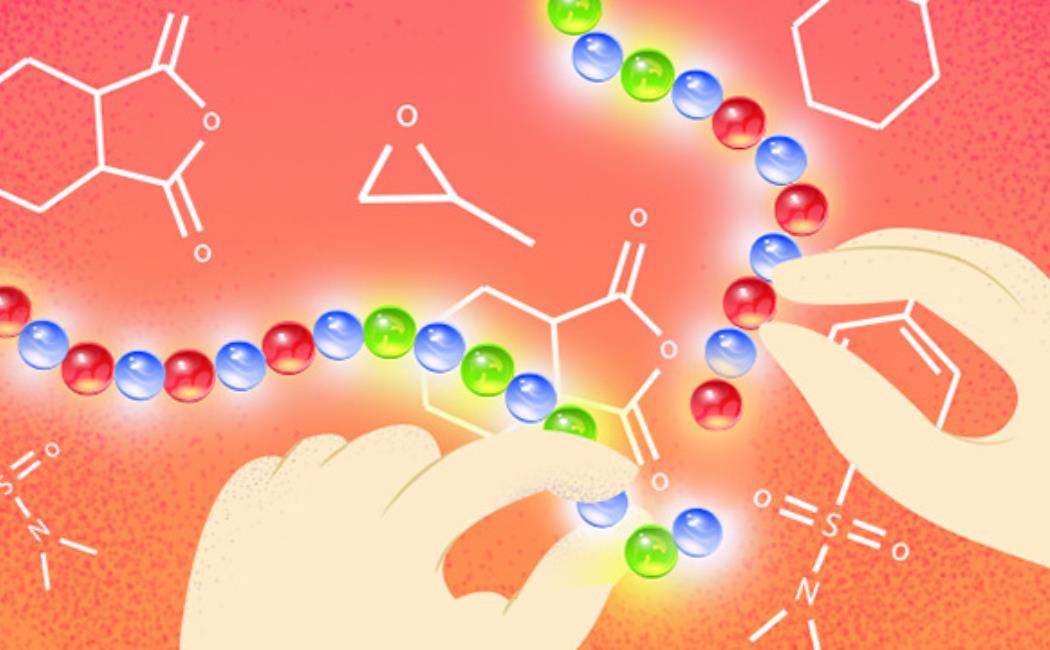 One pot wonder for polymer diversity

A catalyst developed at KAUST could be the key to structural diversity in polymer materials and industrial-scale polymerizations involving multiple monomers. The catalyst transforms a mixture of three monomers into well-defined, ordered diblock terpolymers in one step. Block copolymers comprise at least two polymer segments, each derived from different monomer species, combining the properties of these segments in the same molecule. This makes them appealing for a wide range of applications, from the development of thermoplastics to biomaterials for drug delivery.

Chemists have relied on two-step polymerizations in one or two separate vessels to synthesize block copolymers. A "two-pot/two-step" polymerization requires isolating the first segment before proceeding with the next reaction, which is cumbersome and costly.

A "one-pot/two-step" approach bypasses this isolation step, but demands a so-called living polymerization, where, once the first monomer is consumed, the growing chain remains reactive to accept another monomer and both monomers are fully converted. However, this can lead to unwanted side reactions if the second monomer is not added in time.

The researchers discovered an auto-switchable phosphazene-based catalysts that can stimulate the polymerization of one monomer and inhibit that of others. The switchability of the catalyst depends on its ability to exchange protons with the growing chain. “When the first monomer is consumed completely in the alternating copolymerization with the second monomer, the catalyst turns on to promote the alternating copolymerization of the excess of the second monomer with the third one,” Xu says.

Selecting cyclic monomers from the nitrogen-containing N-sulfonyl aziridine, the oxygen-containing epoxide and the anhydride families was essential for the terpolymerization. “We had previously synthesized block copolymers consisting of one alternating copolymer and a homopolymer using aziridines and anhydrides,” Xu says. This suggested that three monomers with different reactivity would effectively enable the “one-pot/one-step” preparation of diblock dialternating terpolymers.

The team plans to further tap into aziridine, epoxide and anhydride terpolymers. “These families contain hundreds of monomers, which will provide extremely diverse diblock dialternating terpolymers for many potential industrial applications,” Hadjichristidis says. “This study also opens new horizons for the terpolymerization of other monomer families,” he adds.