Systematic study resolves a debate on the best combination of metals to catalytically clean NOx from vehicle emissions. 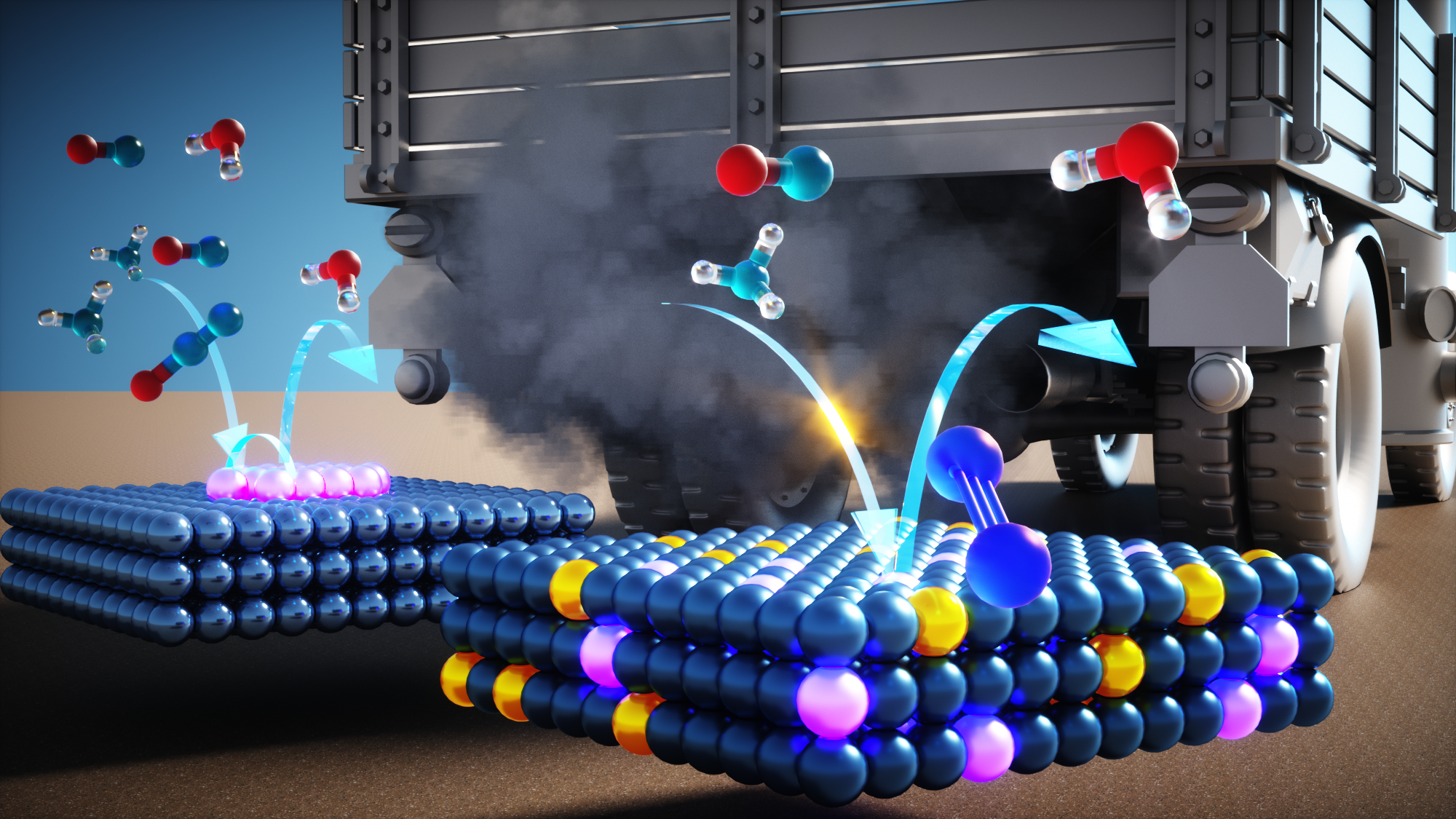 Smog-producing chemicals could be almost eliminated from the tailpipes of diesel cars and vans, using a new exhaust catalyst concept developed at KAUST. After systematically studying multiple catalyst compositions, the research team identified the ideal atomic recipe to catalytically remove NOx from vehicle emissions. The findings resolve an ongoing debate over additive atoms in the catalyst mix.

“We investigated materials that are based on manganese due to their good performance and low cost,” Ruiz-Martínez explains. Manganese-based NOx catalysts have typically used cerium as a dopant, even though there was no consensus on cerium’s role in NOx removal. “The best way to develop new catalysts is by first understanding how those materials work,” Ruiz-Martínez says. So, the team produced a series of catalysts, incorporating varying amounts of cerium, to settle the debate.

The team first established methods to produce each catalyst with a homogenous nanostructure to enable a comparison between them. “After making sure that the catalyst materials were as we designed, we looked for correlations between catalytic activity and the amount of cerium and manganese,” Ruiz-Martínez says. After accounting for differences in catalyst surface area, the team showed that the presence of cerium lowered the catalytic activity of the manganese atoms.

In previous studies where cerium had appeared to boost catalytic NOx removal, cerium’s apparent positive effect disappeared once the team had factored in its impact on catalyst surface area. However, the cerium did have one benefit: suppressing an undesired side-reaction producing N2O. As N2O formation likely requires the participation of two neighboring manganese sites, the addition of cerium may dilute the number of surface manganese sites and so suppress the reaction.

“Our findings show that the design of more active catalyst materials requires the maximization of manganese atoms on the catalyst surface and that these manganese atoms be atomically spaced to avoid N2O formation,” Ruiz-Martínez says. “We are now designing catalysts exposing manganese atomically dispersed on the surface, and the results are extremely promising.”