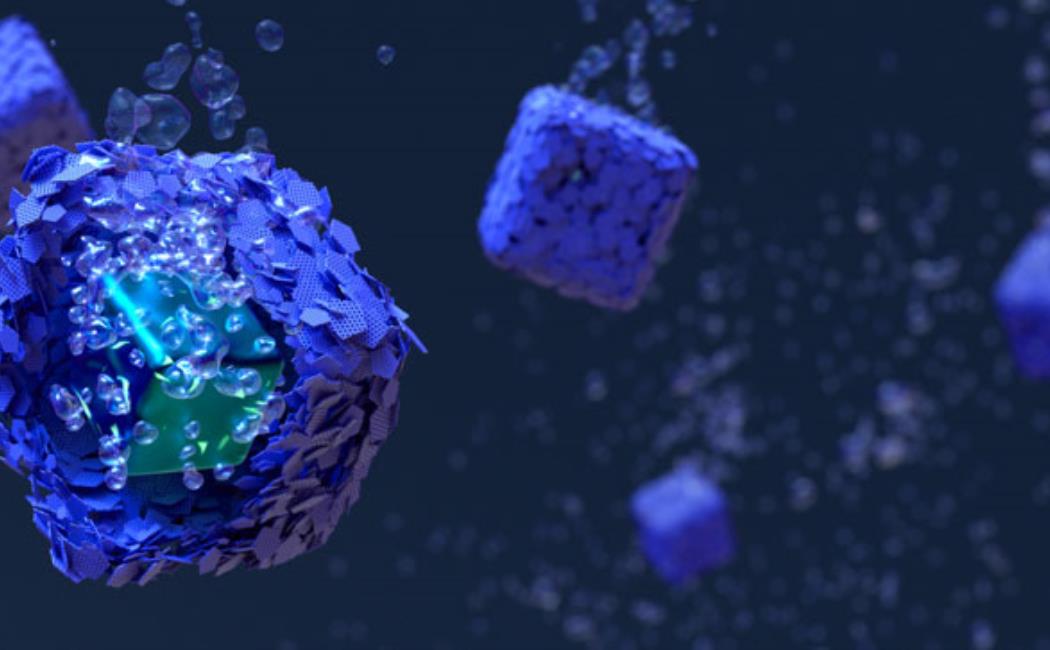 Clean hydrogen fuel is easier to produce from seawater with stable hierarchical electrocatalysts.

Seawater, which comprises more than 95 percent of the Earth’s water, could become a key resource in the sustainable production of clean hydrogen fuel with use of water-splitting catalysts developed by a KAUST-led team.

Water splitting could offer an appealing way to carbon neutrality, especially when coupled with renewable energy sources such as solar and wind power. Water splitting involves the breakdown of water in an electrochemical cell to produce hydrogen at the cathode while generating oxygen at the anode under applied voltage. Yet, hydrogen and oxygen evolution catalysts that perform well in fresh water become less effective in seawater because of abundant ions that can promote unwanted reactions and poison catalysts.

Highly corrosive chloride ions present in seawater undergo complex reactions that compete with oxygen evolution and generate harmful compounds, such as hypochlorite. Because hydrogen production hinges on stable and efficient reactions at both electrodes, these ions are a major challenge for seawater splitting.

Chemist Huabin Zhang explains that hypochlorite formation can occur because it demands a lower operational voltage to meet industrial needs than the oxygen evolution reaction.

One way to tackle this issue is to design selective anode catalysts with lower voltage requirements. A nickel–iridium monolayered anode catalyst showed enhanced performance and stability in seawater thanks to synergistic effects between its metal components¹.

Zhang’s team devised an approach that provides high-efficiency and stable hydrogen evolution electrocatalysts for seawater splitting². The researchers created tiny cubic reactors, in which the catalyst was encased in a molybdenum sulfide protective shell. The catalyst core consisted of a carbon-supported molybdenum-based redox active compound and featured a zeolite-like ordered nanoporous structure.

Using a metal organic framework-based approach, the researchers combined metal complex precursors with the linker imidazole in the presence of surfactant to generate zeolite-like zinc–molybdenum cubes. They mixed the resulting structures with thioacetamide in ethanol under reflux to form a cubic molybdenum oxide phase confined in a thin zinc sulfide shell.

Next, they chemically converted the cubic phase into the desired molybdenum sulfide-encapsulated redox active compound at high temperature before selectively etching the zinc sulfide outer layer to yield the nanoreactors.

Acting as a chainmail, the shell also blocked and prevented salts from depositing on the active sites.

The hierarchical architecture of the nanoreactor isolates the electrolysis from side reactions. “Similar to a smart house, the main reaction occurs in the rooms while side reactions happen in the backyard,” Zhang says.

The researchers are now designing advanced catalysts with specific configuration to achieve a more sustainable energy conversion during seawater splitting. They are also investigating the structural evolution and behavior of the reactive centers during the catalytic process to gain in-depth knowledge of the seawater splitting technique for future advancement and mass commercialization, Zhang says